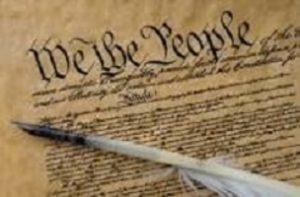 Independence Day for many is a time of recreation, fireworks, brats and fellowship. It’s also a celebration of American freedom, liberty & autonomy.

What does “Independence” mean to you? Our health as individuals & as a nation both have things in common.

Regarding American freedom, many have sacrificed & died fighting to defend the United States & our way of life. Every generation has the right as well as the responsibility to defend it against all enemies … both foreign and domestic.

I’m convinced that strict adherence to the Constitution has been the biggest driver to ongoing American prosperity & liberty. This foundational document (of appropriate checks and balances & limited governmental power) has tremendously empowered human potential, freedom, and prosperity like no other.

Similar to personal health, Americans must purposefully act to keep it defended & make it a priority.

To be a free America, it needs to continue to be “… the home of the brave.” American citizens must hold government officials accountable so they remain the servants of the people & not the establishment master.

Without such patriotic will & tenacity, some natural consequences will be tyranny, loss of freedom, & loss of prosperity. These can be replaced by progressive fear & aristocratic enslavement.

Out of control government & out of control nervous systems (such as in chronic pain situations) are both maladaptive & dysfunctional & can lead to demise.

Consider America’s current chronic economic status. Our nation now is almost 20 trillion dollars in debt, almost half of what the government spends is borrowed, & 93 million in the United States are not working (Stockman D, “The Great Deformation”2015).

While it takes courage, sacrifice, & discipline to address this, the alternative is an ever declining, sicker, & weaker nation.

The natural consequences also will be decay with expansive loss of independence. Citizens need to have the valor & will to regain control of their nation.

In that spirit, the same can be said regarding personal autonomy & health. If you’re not willing to fight for your body’s health or your country’s liberty, both can quickly go away.

Physical Functional Independence can be defined as a general ability to do the things you desire with freedom from disease & chronic pain.

For some this is safely walking to their mailbox, doing laundry in the basement, or gardening & sleeping without pain. For others it may be to run a marathon, go shopping, prepare food, or mow the lawn.

Independence can mean different things to different people. However, it always relates to freedom.

In chronic pain situations, one can become a prisoner in their own body due to an out of control nervous system governing them and progressively reducing their ability to function normally.

Again, like government, our mind & nervous system should be our servant & not our master.

We constantly are subjected to neurochemical nervous system consequences (adaptive or maladaptive) depending on our circumstances & how we choose to live our lives.

For those dealing with pain issues, cycles can be broken with appropriate care.

A Doctor of Physical Therapy is a great resource to liberate people from chronic pain while improving strength, functional mobility and independence.

While it often can take bravery, sacrifice, & discipline to regain freedom of function, it can be achieved! The battle is a worthy one which can greatly improve quality of life.

Finally, in reflecting on independence, consider what you can do to reinforce it in your life, as well as for future generations.

The patriotic words of Patrick Henry come to mind: “Give me liberty or give me death!”