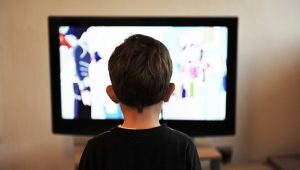 I recently accompanied a friend while he made a car purchase.

While he was test driving the vehicle, the dealer shared how important it was to drive your car every day.  He explained how vehicles which sit stagnant quickly lose lubrication to their moving parts and their seals start to dry out and crack.

In his view, keeping the car moving was at least as important as regular oil changes.  The salesman shared how cars which are run regularly can achieve between 200,000-500,000 miles while he had seen other vehicles which required new engine replacements after only 5000 miles due to lack of use.

This was a teachable moment for me and it made me reflect on how our bodies similarly need regular quality movement to maintain health, vitality and longevity.  Movement matters and so does lifestyle.

Somehow, we were able to survive without cell phones, tablets, and computer games.

Too Much Technology Can Be A Harmful Thing

Fast forward to today and we have populations which literally can be video couch potatoes 24/7.  It is not uncommon for households to have multiple television sets, including in children’s bedrooms. Add to this multiple other electronic screen devices such as computers, laptops, tablets, and smart phones.

It is not uncommon for every member of an average American household today to have their own cell phone, if not computer and/or laptop.

This excessive video mind and body impact is leading to both nervous system and body pathology.

The late great Dr. Stephen Covey (author of “The 7 Habits of Highly Effective People”) described television as “A self-induced form of illiteracy.” and “…a plug-in drug.”

He was ahead of his time in his understanding of how unhealthy excessive mindless TV is.  There’s growing evidence which greatly supports these claims.

According to Dr. Aric Sigman, too much screen time can do permanent damage to children by stunting brain development (British Psychological Society, University of Queensland, Austria published British Journal of Sports Med, 2010).

The US Department of Health and Human Services seems to agree as they have recommended absolutely no screen time for children 0-2 years of age, and 2 hours or less a day than for children ages 2-18 years.

Not Just A Problem For Children

Next, consider this problem is also a major adult epidemic.  Australian research has concluded each hour a day spent in front of the television increases the risk of death from all causes by 11%. It also is estimated to increase the risk of dying from cancer by 9% and the risk of heart disease-related death by 18%.

The author concluded watching TV is as unhealthy as smoking or being obese (D Dunstan, “Television Viewing Time and Mortality,” AusDiab, 2010).

Not just the devices, TV and the Internet are increasingly loaded with both emotional and physical pornography as well as disturbing psychological and mental deviancy.

This graphic trap takes over the mind and heart and tremendously damages relationships, the family unit, churches, and children (www.focusonthefamily.com).

In summary, if it’s controlling you, you are not in control!  Take charge!

Go On A Digital Diet

I would challenge everyone to make changes in their lives, and avoid more than a few hours of screen time a day, or even go a day, a week, or a month without it.

Good health is not a spectator sport.  As your greatest assets, your mind, body, and family must be protected.  Respect them, treat them well, and defend them!

Reading a good book and exercising more is much healthier and safer. We are designed to move, and our nervous and circulatory systems require regular quality movement for health, vitality and longevity.

Finally, if you have difficulty moving due to pain, weakness, instability (or other movement-related disorders), consider seeing a health professional, such as a Doctor of Physical Therapy.

Regular, vigorous adaptive movement and a healthy lifestyle truly make a tremendous difference in development, longevity, and quality of life – for both children and adults of all ages.

So, turn off the electronics, get moving, and choose life!