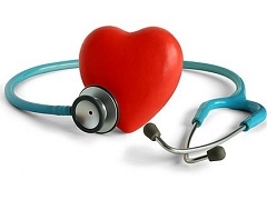 Winston Churchill once said, “You can always count on Americans to do the right thing – after they’ve tried everything else.”

Churchill was a man of reality. Without his leadership, today we likely would be speaking German under the horror of Nazi domination.

Churchill had a reputation for drinking and likely was an alcoholic. Many who have benefited from AA use the phrase, “Reality is the safest place to be.”

Ordinary People Can Do The Extraordinary

This reminds me of how ordinary people with imperfections are capable of extraordinary things, and that lasting greatness must be grounded in reality.

America has long been a beacon and powerhouse of exceptionalism , freedom, and opportunity.

I believe the biggest treasure for our success as a federal republic has been the Constitution.  In it, the founders set up a framework of governmental checks and balances like no other in human history, empowering a consumer-driven economy to invent and provide goods and services that people need and want, as well as a standard of living, way beyond what our ancestors would have dreamed possible.

However, for a nation to survive and thrive, it must continuously, realistically, and constructively address the problems that face it.

To keep America healthy, free, and prosperous, I would argue every generation must protect and defend the Constitution and a free market economy.

Many have sacrificed and lost their lives doing this; freedom is not free!

Health care also is not free. I trace the evolving socialist movement in the United States to three popular lies:

Many politicians have been elected to office with the great-sounding concept that health care is or should be provided at no cost.

As a provider, I have seen nothing but the opposite. There is no such thing as ‘free’.

This was made clear to me at a course in Boston I attended where a Washington political figure asked the class to get in a big circle.

He then proceeded to have each individual put their hands in the pockets of those next them. This was the best way he knew to describe how government-based health care funding works.

What Would Churchill Do?

What would Churchill believe is the “right thing” to do?

While Churchill died in 1965 (at age 90) I think he would advise the sobering realities contained in an article by the Wilson Quarterly (2010) titled “The Global Budget Race”.

With our aging baby boomer population and mounting debt, we cannot continue to sustain even the currentl level of taxpayer-funded health care and retirement bills, much less the levels proposed by advocates of the 2009 so-called “Affordable Care Act”, or of a socialist National Health System.

Already we are experiencing overall less health care coverage, higher deductibles, and more out of pocket expenses. Many already predict declining levels of care, as providers become more and more answerable to third-party payers and government regulators, instead of to their patients.

The government so far has not made the tough choices it needs to in order to bring revenue and spending into balance.

Countries which are able to do a better job of this (in a way which fosters healthy and productive citizenry) will have a competitive global economic advantage and may be able to avoid economic decline (Besharov Doug, 2010).

To truly improve the value of care requires empowerment of the consumer by making health care consumer-driven, as is seen with those using health savings accounts and individuals utilizing cash-based practices.

Patients who pay for their own care become much more proactive at keeping themselves healthy and understanding the full range of health care options available to them, also avoiding unnecessary upstream and downstream costs.

Ultimately, this is where health care is heading. Decisions can be based solely on what is in the best interest of the patient and not on what a given insurance company or the government is willing to pay for.