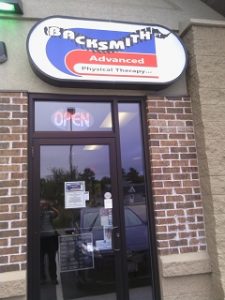 Prescription medication use has continued to rise over the past decade in the United States.

As a result, American culture has become more and more drugged. Mayo reports nearly 7 in 10 Americans take prescription drugs and over half take two; 20% reportedly are on five or more medications (Mayo news releases June 2014).  According to the Associated Press, traces of prescription medication have now even been discovered in our water supplies (http://www.hosted.ap.org/specials/interactives/pharmawater_site/sept14).

Medication certainly has a place in health care but the increased use has led to significant health issues.

First, consider that the addictive nature of many medications (i.e. narcotics) continue to create problems for individuals with chronic pain.

According to the National Institute on Drug Abuse, emergency department visits involving abuse of pharmaceuticals (either alone or in combination with another drug) increased 98.4 percent between 2004 and 2009.

In efforts to manage pain, more and more people appear to be heading to the prison of dependency (http://www.nida.nih.gov/DrugPages/Stats.html).

Second, it’s important for the consumer to carefully consider the risks versus the benefits of medication.

Research has indicated Statin medications often create muscle pain, muscle weakness and wasting, and can reduce the benefits of exercise, as well as increase risk or other medical disorders (Dr. Mercola, Joseph, 2010 and Thompson P, Journal of the American College of Cardiology, 2013).

These drugs reportedly also have not been shown to make people live longer. As a comparison, research has indicated lifestyle changes (including exercise) leads to a reduction of 4 out of 5 heart attacks in men (American College of Cardiology, Sept, 2014).

Another population to consider is children with Attention Deficit problems. The number of children diagnosed with ADHD has been growing in the United States. The CDC has reported 11% of children have ADHD (2011). That was up from 7.8% from 2003.

Among these children, 6.1% were taking an ADHD medication, such as Adderall and Ritalin; this was up from 4.8% from 2007 (http://www.cdc.gov/ncbddd/adhd/data.html). A study (Katz, David, 2010, Journal Preventing Chronic Disease) indicated exercise resulted in a decline of medication use in children by 33%! Good exercise is like a drug in that under the right conditions it can have amazing outcomes.

A barrier to such lifestyle change, however, is the desire for so many to use medication as a “quick fix” and not to focus on good balanced lifestyle and effective time management. For those who watch a lot of television, drug company multi-media (direct-to-consumer) advertising has greatly capitalized on this path of least resistance.

Yet another barrier to change often is restrictive chronic pain in adults and children.

A licensed physical therapist is a relatively low cost option. These healthcare professionals are highly trained to evaluate (as well as diagnose and treat) many musculoskeletal and neurological disorders while effectively educating patients and reducing fear.

By improving exercise tolerance and allowing individuals to be more functional and active, often chronic pain cycles are broken. Besides improving quality of life, this can result in significant cost savings in medication, as well as the need for more downstream medical diagnostic testing and invasive procedures.

Thomas Edison said that “The doctor of the future will give no medicine but will interest his patients in the care of the human frame, in diet, and in the cause and prevention of disease.”

Medicine will always have a place in healthcare, however I believe therapeutic movement and exercise very often is the best medicine and needs more emphasis in our modern healthcare culture. Physical therapy often can really help.

To conclude, good lifestyle is all about good informed choices and time management. All of us have a responsibility to be proactive with our health. Therapeutic exercise often is the best prescription!. Consider the words of Earl of Derby, “Those who do not find time for exercise will have to find time for illness.”